Hi there. Sorry that you are still stuck with the scaffolding, rather than the developed blog. Just wanted you to know that I haven’t forgotten to post. Just got caught up in life. Will be adding a new and riveting post soon! Well, I’ll try. See you.

Posted in Developments | Comments Off on Scaffolding

As planned, Books Are Loud (http://www.booksareloud.co.uk/) was officially launched in Manchester, England back in October 2011. The Poet Laureate, Carol Ann Duffy, was the Guest of Honour. Thank you once again for supporting us, Carol Ann, and thank you to all those who attended and assisted. It was an amazing night.

The first five books recorded by Books Are Loud were promoted that evening, one of which was my audio book, Tár: The Wandering.  (www.helensea.co.uk)

I hope you found the link on my website that told you all about the evening. If not, here it is again: http://keeperofthesnails.blogspot.com/2011/10/power-of-spoken-word-tweet-tales-launch.html  Thank you to Clare Dudman for this article.

Currently, I am co-editing an anthology for children, writing and editing my own work, cheering on and supporting Julia Franklin (Books Are Loud) and working on the development of this Blog.

I’ve uploaded a couple of my own photographs. The Background tile is an enhanced image of the moon, taken in Antwerp during the daytime. The Header is a section of a picture I took while I was in Norway. Can’t remember which fjord. I must start recording the exact locations!

Here is the original photo: 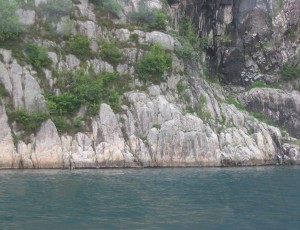 More photos, taken during the same period, can be seen in the Book Trailer section of the website.

I’ve also changed the title of the Blog.

Following the visit to Antwerp, I wrote a short fable for children (The Lion who ate the Moon) based on photographs such as the one I’ve used for the Blog tile. As soon as the story is available here, I’ll mention it on Twitter (@sea_helen).

Posted in Developments | Comments Off on The Audio Book Launch

Hi, my name is Helen Sea and I am launching this blog to receive feedback on my audio book, ‘Tar: The Wandering’. This is being launched in early October by Books Are Loud on Audible.com. I’d be interested to know how you would like to see the story develop.